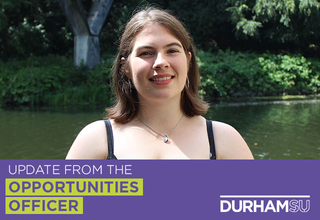 Tom Mitchell, Editor-in-Chief of Palatinate, said: “We are delighted to have been nominated for three awards at this year’s SPA national conference. Our team work tirelessly week-in, week-out to produce student journalism that is competitive at a national level. We’re proud to have covered a lot of the stories that matter to Durham students, and are particularly proud of Naomi, Anna, Ewan and Hannah for their nominations. Despite the current uncertainty, we’re looking forward to another year of providing high quality student journalism.”

The Monocle, an online paper that was set up by some Van Mildert students last year, are also nominated for three awards, including Best Newcomer Publication and Best Overall Digital Media. Tom Saunders was individually nominated for Best Science/Tech Section.

Tom Saunders, Editor-in-Chief of the Monocle, said: “We are very excited to have been nominated for three awards. It really demonstrates the hard work of the team in creating and building the Monocle in just one year!”

This news follows the success of Purple Radio at the Student Radio Awards in November, where they won two awards.

The awards evening was due to take place at the SPA conference in April. However, due to the current climate it has now been postponed until October. I still wanted to take this chance to congratulate all our amazing students who have been nominated and express how proud I am of them! The amount of work that goes into running a publication is immense and these students put so much effort and passion into it. I am so glad that they are getting the recognition they deserve!