Update from David and Saul: faculty and department review consultation 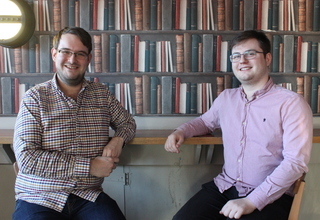 The University’s consultation over the proposed Faculty and Department Operations Review, which is examining the administration roles that support our departments, closed on Monday 20 May. We’ve taken part in this process to ensure that the outcome of this review is a department structure that is fit for purpose and meets the needs of Durham students.

The long-term vision of a more even distribution of resources between departments is one which we broadly welcome, however, we do have some concerns. These are particularly around the transition between the current model and the proposed model, as well as the exact nature of the roles the review has suggested. Our response has centred on these key issues:

We believe it is important to respect the staff potentially impacted by the review, many of who will have held their roles for a long time and feel very much part of their academic department. While we welcome the University’s assurances that they are trying to avoid redundancies where possible, the real personal impact of the wider re-grading activity and the consequent effect on morale should not be neglected in this review. This is especially important because much of this news is falling during the administratively busy time around exams and while uncertainty continues to exist around pay pension.

We also have concerns around the transition between the two models, with the proposed changes designed to support future streamlined administrative processes rather than those which currently exist. The streamlining of processes such as those surrounding Serious Adverse Circumstance forms, which are currently overly bureaucratic and burdensome for students with disabilities, is very much welcome and overdue, but we are concerned that the University are being seriously optimistic if they think these changes can be achieved as a “quick win”. We are somewhat reassured by promises of extra resources being held as a contingency to support a smooth transition, but further clarity and detail is required.

Several students have contacted Officers with concerns that the consultation documents seem to omit any staff members with an explicit responsibility to student support in departments and these concerns have been raised by academics as well. We have made it clear that student support must be considered, so students know who in departments they can go to.

Student number growth must also be taken into account in the department structures, and while we have received reassurances that this will happen, we are yet to receive details on how this consideration has been made. Specific consideration should be made to the staffing levels of departments with large numbers of students, such as international students, students with disabilities or postgraduate taught students, who are more likely to engage with departmental administrative staff. We are yet to receive any assurances that this has happened.

Further specific questions around postgraduate research student support have also been raised, particularly around the functioning of ‘faculty research hubs’ (details of which are still limited), and the justifications for why some departments have received PGR Coordinators whilst others have not and what levels of support will be available in departments which do not have them.

We’re glad that the University decided to call an extraordinary meeting of Senate, the highest academic body, to discuss the proposals which George was able to attend in which many of our concerns were echoed and engaged with constructively. The meeting between the Associate Provost and Faculty Reps was also productive. The University maintain that the primary focus of this review is a more equal distribution of department resource, rather than the savings which will be incurred, and so we hope they will take our suggestions on board.